Our Thoughts and Insights 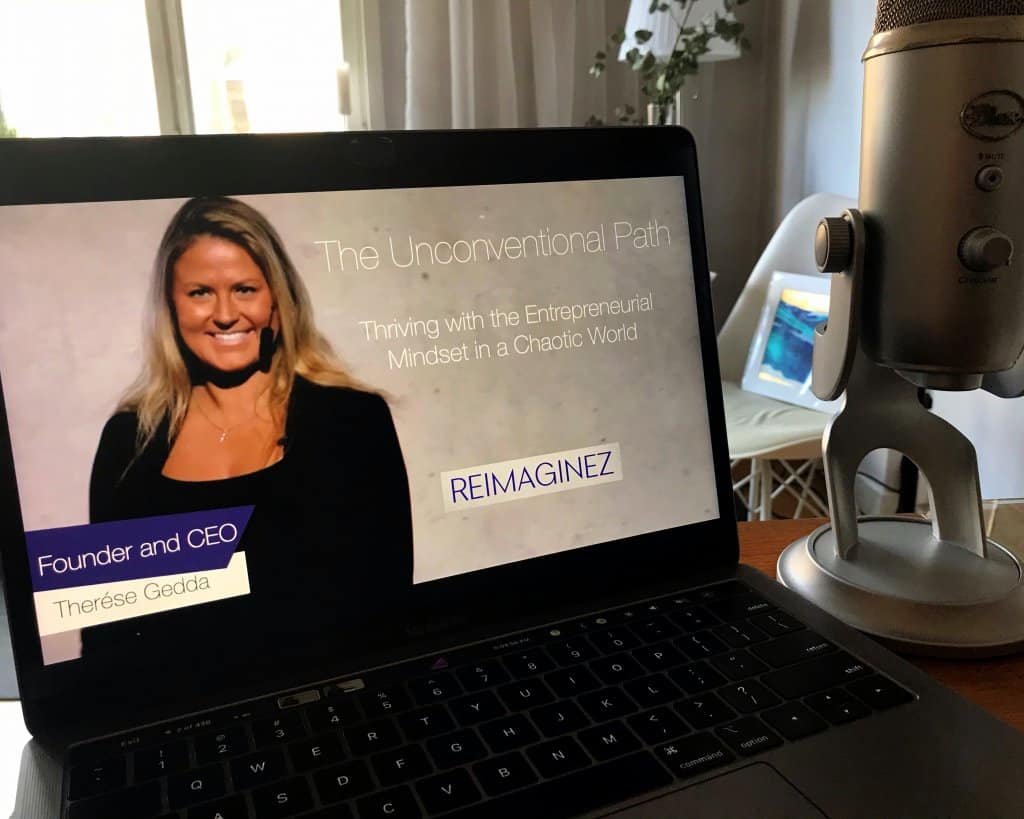 On April 16 at noon ET, our Founder and CEO Therese Gedda has the honor of delivering a Keynote Speech ‘The Unconventional Path – Thriving with the Entrepreneurial Mindset in a Chaotic World’ for the Jack M. Wilson Center For Entrepreneurship Speaker Series at UMass Lowell.

Here is a sneak peek at what we will explore:
Is it possible to experience a deep sense of accomplishment at the end of each day even when the world is crazy? Can the daily grind be a source of happiness and fulfillment even in times of challenge? Can you live a designed life of purpose and values instead of following traditional pre-decided paths?

The answer is… Yes, of course! Just as in the movie The Matrix, limitations are only in our minds. “There is no spoon.” And, just as there isn’t a single definition of success or living a fulfilled life, there are multiple paths to greatness which can be designed and made your own.

For nearly two decades, Therese Gedda has been designing and scaling thriving company cultures. She has worked directly with over 1,000 founders, CEOs, and executives over the years, and she is often referred to as “Yoda,” “Master Teacher,” and “Founder Therapist” by founders and CEOs. As an award-winning entrepreneur and the founder and CEO of Reimaginez, she’s inspired more than 30,000+ people worldwide and has been recognized in NBC News, Fortune, and Venture Beat. Therese has also been named by the Nordic 100 as one of the most influential and impactful entrepreneurs from the Nordics and received the Future Innovator Award given in memory of Alfred Nobel.

In just 59 minutes and 59 seconds, you will be invited to see limitations for what they are – opportunities for abundance. Through the entrepreneurial mindset, you will find that entrepreneurship is limitless and with lifelong opportunities for learning and impact, where you can thrive during your entire journey of achieving greatness. You will also learn how to apply Therese’s proprietary MAPPED Brilliance framework for embracing opportunities, going beyond fear, and pursuing the goals that matter to you. In short, “Strive for excellence, work hard and trust the process.”

Thank you Ashwin Mehta, Associate Teaching Professor and Co-Director at Jack M. Wilson Center for Entrepreneurship for inviting me.

Ready to join and access The Achievement Template for Startups?